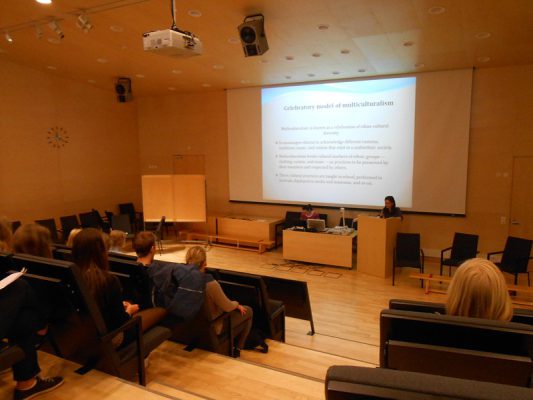 On the 8th of May marvelous sounds of the African music gathered students, teachers and all guests together in the big hall of the Upper Secondary School, the Ålands lyceum declaring the beginning of the great multicultural day in the school. 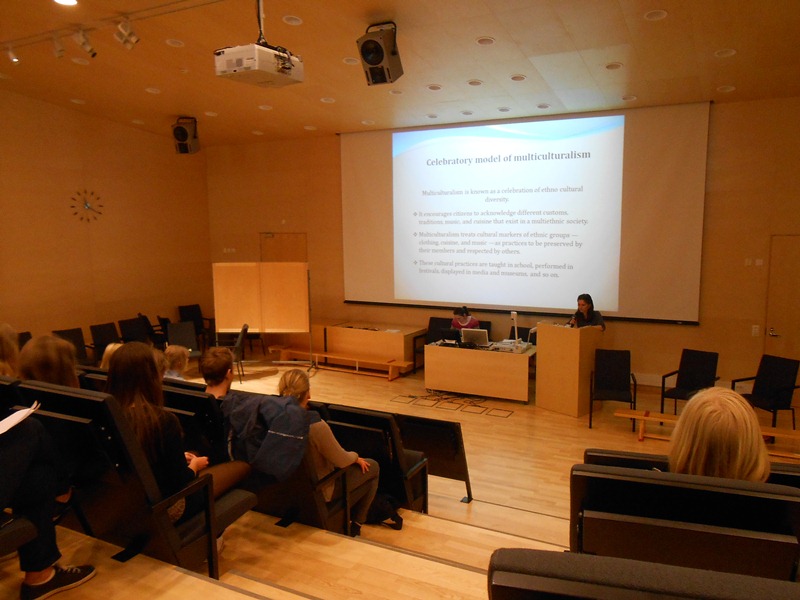 Excitement and curiosity were the most common facial expression expecting that workshops, presentations and discussions would question and probably challenge everybody’s attitudes, cultural and multicultural images as well as stereotypes.

However, it was not the intention to invent a new bicycle, but to show from various points of view that everything in societies is deeply interlinked. Therefore, ignoring or paying less attention to phenomena that seem not to be important at the moment can badly affect others and have an effect of growing snowball which has happened in many societies in different periods of time.

One of the workshops was held by two volunteers from the Åland Islands Peace Institute. It was divided into two parts.

In the first part Gulnar Mammadova made a presentation on understanding multiculturalism. She spoke about the main models of it;

A  group discussion followed the presentation. The students were asked questions to think about and share ideas; such as what their opinion was about multiculturalism on Åland, whether people with other backgrounds were treated equally and enjoyed the same rights and freedoms, what their personal requirements were for an immigrant to be selected to the Parliament or run the Government on Åland, etc. 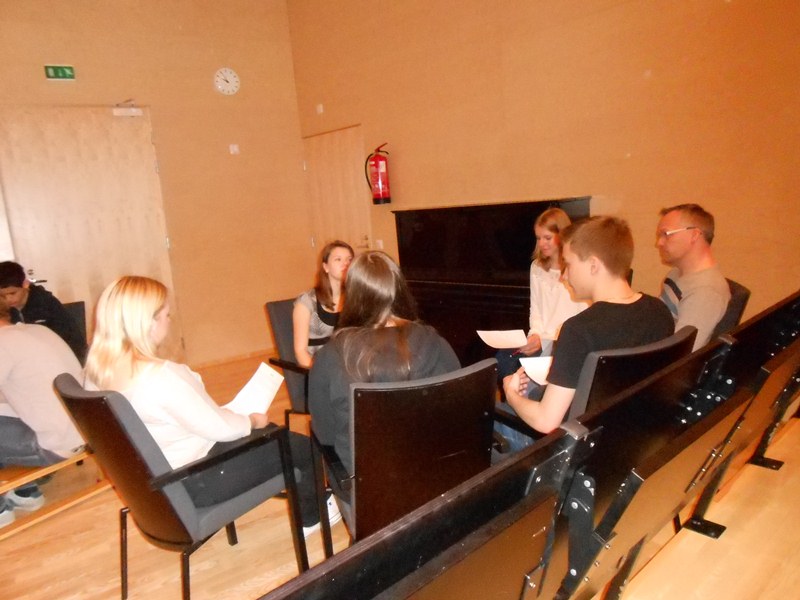 In their answers the participants were quite confident about respectful multicultural coexistence on Åland Islands and they experienced the same attitude from the new comers. The main requirements were the knowledge of language, local laws and history, the respect of others rights and freedoms as well as equal responsibilities and obligations for the community.

The second part of the workshop was held by Gohar Mamikonyan, it was a practical “role game” called “lägenhet”(apartment).  The participants were divided into four groups, six persons in each. They were provided a list of imaginary persons and asked to choose three persons with whom they would like to live in the same apartment and three with whom they definitely would not like to live under the same roof.

After the groups decided and had the answers  each of them was assigned to take one “role” and think about the person regardless whether they preferred to share the apartment with or not.

They were asked to stand in a line side by side and every time to take a step forward if the answer to the following questions would be positive. The questions were as; whether they thought they were loved and respected in the society or not, if their voice was heard and taken into consideration, whether they had an equal access to primary, secondary and higher education, etc. 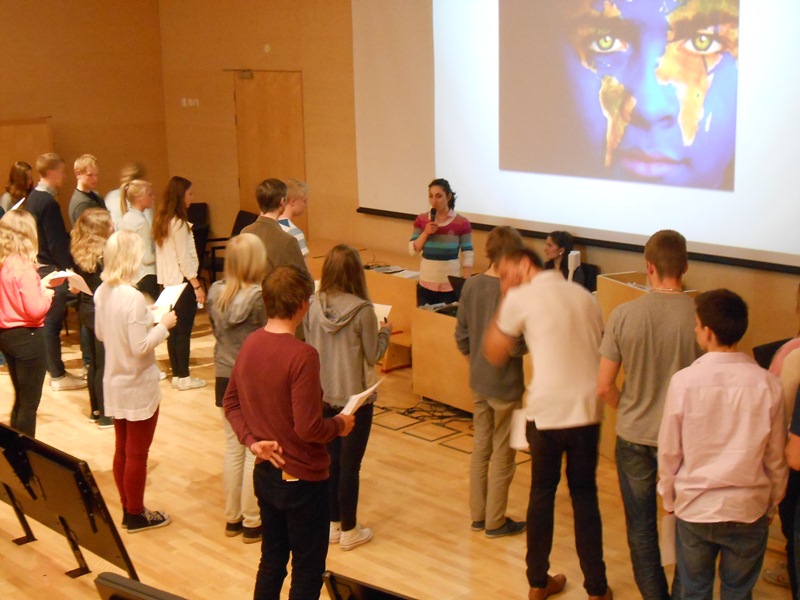 In the end the whole picture in the class with the imaginary roles were quite diversified. Some of them took all the steps while others were limited in the opportunities in the same community, living side by side but being treated differently.

However, in the discussions they mentioned that it was very hard to think and feel in the shoes of others and make decisions for them.

As a conclusion, dialogue between cultures requires a great deal of time and experience. The development of multicultural approaches depends not only on people’s openness, but also on politicians, who have to implement a whole series of measures to facilitate the process.