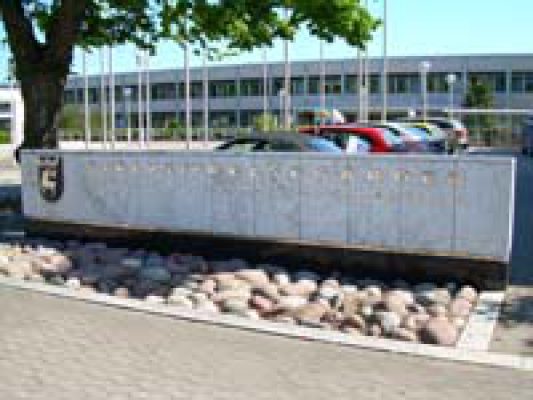 Åland and its special status 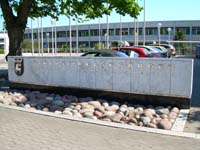 Åland is an archipelago of 6,700 islands and skerries situated in the Baltic Sea, at the entrance to the Gulf of Bothnia. It occupies a central position between Sweden and Finland, which made it geopolitically attractive in its history.

Åland is a Swedish-speaking autonomous region within Finland. In 1921 according to the decision of the League of Nations Finland gained sovereignty over the Islands while the Ålanders were guaranteed the preservation of their language, culture and local customs. The Act on the Autonomy of Åland has undergone two complete revisions, in 1951 and 1991. Since 1954 Åland has its own flag, and in 1984 the Åland Post Office started to issue its unique stamps.

Legislative autonomy
The division of authority between Finland and its self-governed region is based on the principle that the Ålanders shall have freedom to decide about their internal affairs as long as it does not breach the internal and external security of the state.

Economic self-government
It is the Åland Parliament who decides upon the distribution of Åland’s budget. The income consist of Åland’s own revenues and the amount of equalisation transferred from the national government.

It is however possible to buy real property or establish a business upon decision of the government of Åland without having fulfilled all the requirements of the right of domicile.

Lagtinget
The Parliament of Åland known as ‘’Lagtinget’’ exercises legislative power in the Islands. It consists of 30 members elected by direct and secret elections for five years. There is a system of proportional representation on Åland. Lagtinget enacts regional legislation in sectors that fall within the terms of autonomy. It also appoints the Government of Åland.

Landskapsregeringen
The executive power on Åland is held by the Åland Government, ‘’Landskapsregeringen’’. The Government is entitled to act, provided it enjoys the confidence of the Aland Parliament. In other words, its political composition and agenda shall be approved by the majority of votes. However a minority government is also possible. Through the vote of no confidence the Åland Parliament can force  either the entire government or a single member to resign. A chairman is assisted by four to six members and administration consisted of civil servants and six main departments.

The President of Republic
The President of Finland exercises legislative control over legal acts passed by the Aland Parliament. Åland’s law must be approved by the head of state. The President is entitled to use the right of veto only in two cases:

The Åland Delegation
The Åland Delegation is a joint organ of Åland and the state of Finland. Half of its members is appointed by the Finnish Government and half by the Åland Parliament. It delivers opinion to the Council of State, the Åland Government and the courts. It also manage financial matters between the state and Åland, such as: equalization, extraordinary grants and tax retribution.

The Åland Islands provide a rare example of combined status in international relations. It is not only a demilitarised but also a neutralised zone. Demlitarisation refers to the prohibition against creating and maintaining any military installations or operational bases, and deploying or stationing military forces in a certain territory. Neutralisation is defined as exclusion of a particular territory from the theatre of war in case of an armed conflict. 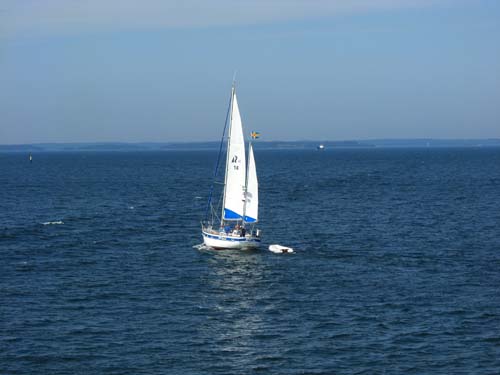 In 2008 the GNP per capita in Åland was assessed at 36, 419 Euro. Shipping and maritime industry account for nearly half of the income. In 2008 the unemployment was estimated to be 2,1 per cent and the rate of inflation 4,2 %.

Åland in the Nordic Council
Åland became a member of the Nordic Council in 1970, first as a part of the Finnish delegation and later on its own right similarly to the other two Nordic autonomous regions (the Faroe Islands and Greenland). The Åland Parliament appoints two of the 87 members of the Council, and the Åland Government participates in the work of the Nordic Council of Ministers.

Åland in the European Union
Åland acceded to the European Union in 1995, as an autonomous region of Finland. Its special status in the organization is regulated by Protocol No 2 annexed to the Finnish Act of accession. This document contains certain derogations from the application of EU law on Åland, including concerning the limitations pertaining to the right to domicile and the right of trade.

The derogations allowed the continuation of tax – free sales on ferry traffic to and from Åland. Ferry traffic and tourism have a great importance for the Alandic economy.

These derogations make the Åland Islands a unique example among the EU members, as only a few territories have been granted permanent derogations from the EU primary law.

Although foreign affairs fall within the scope of the state competence, the autonomy is entitled to take part in negotiations of international treaties concerning areas within the competence of Åland. What is more, has the Åland Parliament has to give its consent to the implementation of international treaties on Aland when the treaties fall within the competence of the autonomy. Åland was an active participant in the negotiation regarding Finland’s membership in the EU. In both referenda held in 1994 – a general one for Finland and the other for the Åland Islands – Ålanders opted for the accession. On this basis, the Åland Parliament gave its consent to the Åland’s membership in the EU.