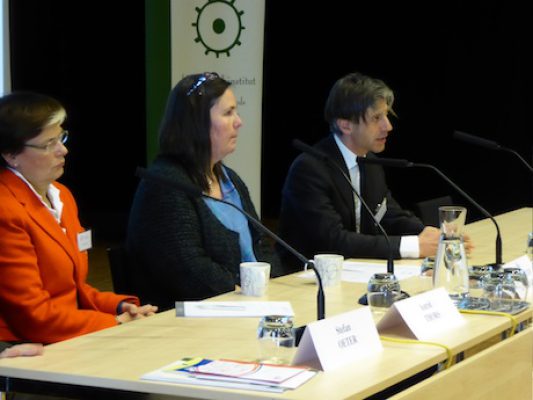 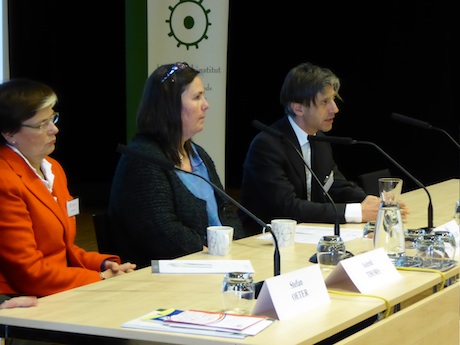 "Minority Protection at a Crossroads" was the title and theme for the international conference organized by the Åland Islands Peace Institute and held in Alandica Conference venue on the 31 March 2015.

The theme of the conference refers to minority protection in Europe and the crossroad in which the current minority protection is considered to be. Since the conference was supported by the Council of Europe’s Advisory Committee on the Framework Convention for the Protection of National Minorities the ÅIPI wanted to highlight the work of the Advisory Committee and the framework convention.

Listen to speeches from the conference here.

The Council of Europe was represented on a high-level with Ms. Marja Ruotanen, Director of Human Dignity and Equality and Ms. Maria Ochoa-Llido, Head of Anti-discrimination and Social Cohesion Department taking part in the conference.

To answer the question wheter current minority protection is in a crossroad or not, voices from around Europe were heard. In addition to participants from the Council of Europe, representatives from OSCE, EU-instances, UN OHCHR and participants with excessive experience from working with minority protection around Europe. Finland was represented by the Ministry for Foreign Affairs of Finland and Sweden by the Ministry for Foreign Affairs of Sweden. The Finnish Human Rights Centre also participated with a keynote and as audience.

The OSCE High Commissioner on National Minorities, Ms. Astrid Thors, contributed with a profound keynote on how minority protection can prevent conflicts and the High Commissioner’s role in conflicts where national minorities are affected or involved. Minority protection in conflict areas and in changing contexts was discussed by representatives from the OHCHR, the Finnish Human Rights Centre and academics and practitioners with experiences from conflicts where minorities are affected. The areas that were focused on were Ukraine (in particular Crimea), Georgia, Abkhazia and South Ossetia.

The conference lasted all day and finished with a keynote by Mr. Stefan Oeter, professor in international law at Hamburg University. His keynote highlighted the importance and the role of monitoring organs in order to ensure effective minority protection in Europe. In the panel discussion that followed the importance of independent and impartial monitoring organs in order to ensure the most effective minority protection was discussed. Mr. Rainer Hofmann, professor in international law at Frankfurt University and Ms. SiaSpiliopoulou Åkermark got the last word of the day with a concluding discussion.

The total number of participants at the conference was 85. Half of them coming from European organizations and the other half consisting of Finnish and Swedish participants, as well as Ålandic politicians and participants.

The audience was given the opporitunity to as questions and/or present thoughts to keynote speakers and panelists.