Project: The Nordic Autonomies – Experiences and Visions in a Peace Perspective

The Åland Islands Peace Institute (ÅIPI) is running a project called “The Nordic autonomies – Experiences and Visions in a Peace Persepective” during 2014 and 2015. The project, which has been initiated by the Åland Islands Peace Institute and is supported by the Nordic Council’s Citizen’s and Consumer Committee, will result in a publication including contributions from a number of Nordic researchers specialised in autonomy issues as well as material from a conference that will take place in Mariehamn in January 2015.

The ÅIPI focuses on autonomy, minority and security issues in its research activities and has thoroughly analysed the Åland Example and its components. The ÅIPI has also been engaged in questions on the Nordic countries and their relationship to peace. The current project combines these two perspectives. The experiences and development of the three Nordic autonomies, the Åland Islands, the Faroe Islands and Greenland will be examined from a peace perspective.

The Nordic countries have experiences of peaceful conflict resolution and peaceful co-existence that are worth highlighting and allow for lessons-learnt. There is a substantial international interest in these experiences, including the experiences of territorial autonomy. The Nordic countries have often viewed their autonomies as peripheral exceptions, and at times even as problems. This research project wants to highlight an alternative perspective and examine if the autonomies can be viewed as a resource for peaceful societal development. What kind of significance have the autonomy regimes pertaining to the Åland Islands, the Faroe Islands and Greenland had for the development of a peaceful Norden, and the other way around, how has the peaceful environment influenced the development of the autonomies? Can the Nordic experiences of autonomy be a source of inspiration in international conflict resolution?

A team of researchers has undertaken case studies and comparative studies of the Åland Islands, Greenland and the Faroe Islands in their respective areas of expertise – security, law, political science and economics. They also discuss the position of the autonomies in relation to the development in the Nordic region as a whole, as well as their relevance for peaceful societal development in other parts of the world. The researchers involved in the project are Professor Markku Suksi, fil. dr. Gunilla Herolf, PhD Richard Palmer, pol. dr. Maria Ackrén, Professor Ágúst Thór Árnason, Professor Gudmundur Alfredsson, pol. dr. Tove Malloy, lecturer and cand. polit. Lise Lyck, Professor Kári á Rógvi, doctoral candidate Sarah Stephan and Associate Professor Sia Spiliopoulou Åkermark. 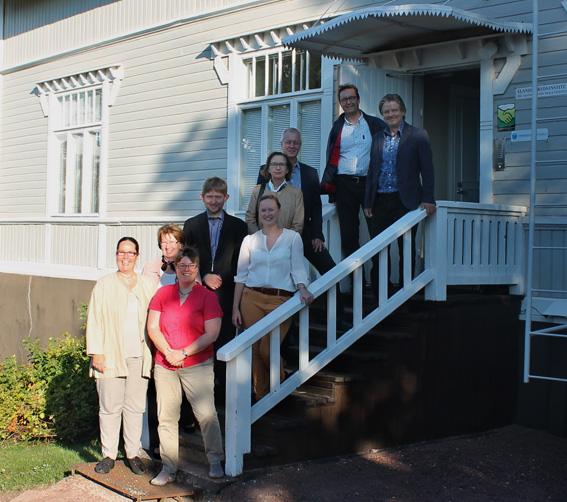 In order to discuss underlying questions as well as the research results more widely the ÅIPI will host a conference arranged in cooperation with the Nordic Council’s Citizens’ and Consumer Comittee in connection to the annual committee meetings of the Nordic Council that are to be held on the Åland Islands on 26th of January 2015. The conference will be held in Nordic languages. Both researchers and politicians are included on the list of speakers. The conference is open for all delegates of the Nordic Council as well as a number of other invited guests. While the final project publication is not due before the spring, draft texts and summaries of the main findings will be made available as an inspiration for the fruitful discussions that we hope the conference will raise. It is hoped that the meeting between researchers and politicians may open up new perspectives on the themes Norden, peace and territorial autonomy combined.

The Åland Islands Peace Institute has over the years initiated a number of related research projects and publications where researchers from different disciplines, specializing in self-government, minority or security, have cooperated. Among others the project Minorities around the Baltic Sea (concluded 2006), The Åland Example and Its Components – Relevance for International Conflict Resolution (2011) and ELDIA – European Language Diversity for All (2013). The Peace Institute’s research program for the years 2014-2017 (forthcoming in English) highlights the importance of research on the role of the Nordic region as a peaceful region in a globalised world.