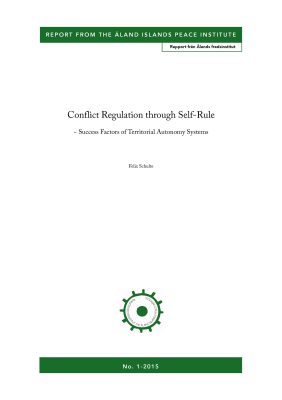 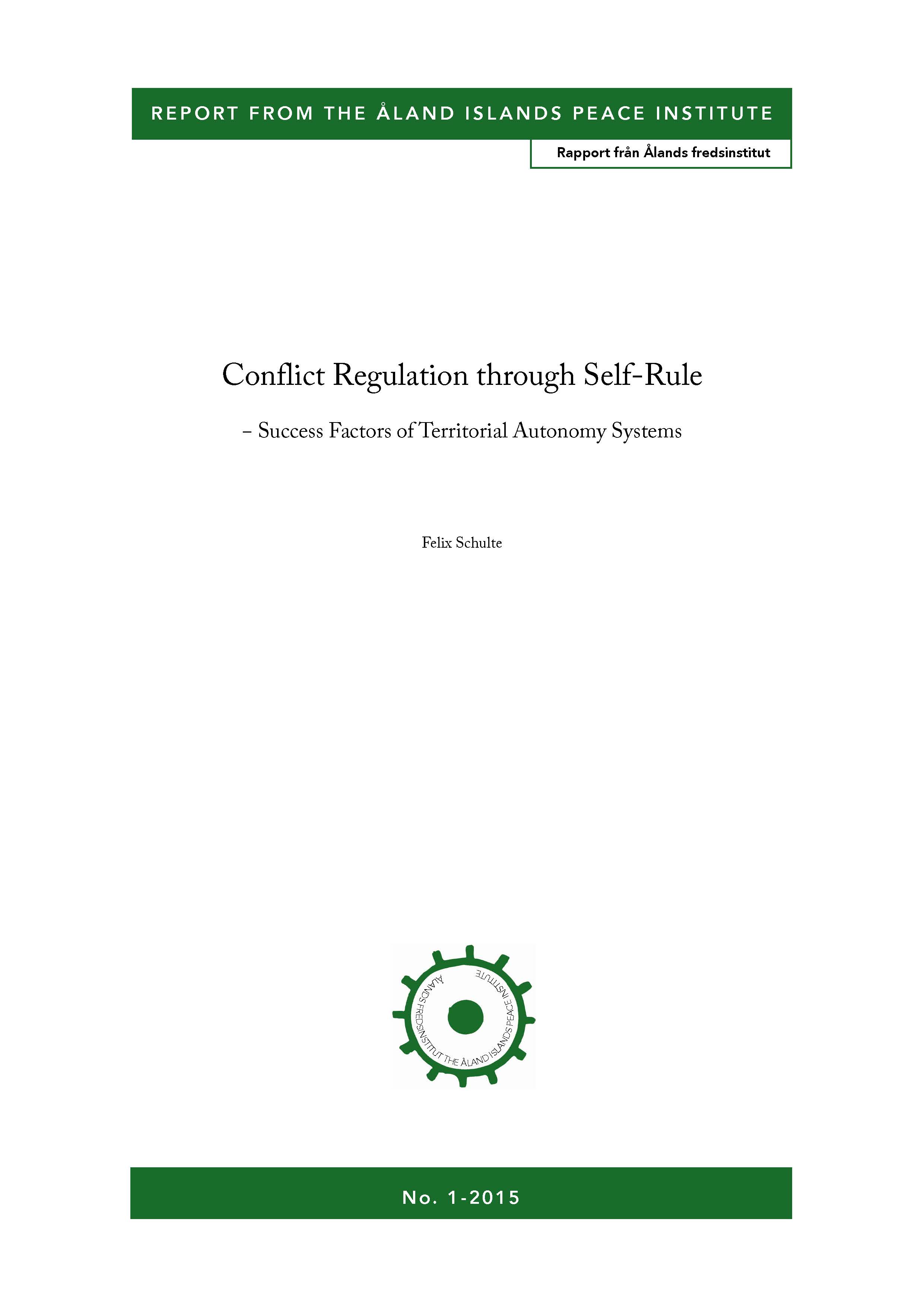 What are the factors that determine how successful a territorial autonomy installation will be? This question has occupied the Åland Islands Peace Institute field of research for long. The Institute is therefore pleased to present the latest comprehensive contribution to the subject written by political science PhD student Felix Schulte.

In Schulte’s words, “… territorial autonomies have a particularly high potential for the regulation of ethno-national conflicts, as it constitutes a compromise between maintaining state sovereignty and considering claims for self-determination”. However, history shows that some attempts fail while others endure. The recipe for success includes an interplay of factors and circumstances such as the democratic condition of the central state, the development of a cross-linked multi-party system, economic differences between central state and autonomy, the financial burden on the general budget of the state, the structure of society, the development of a cross-linked civil society, the commitment of international organisations as well as the integration of the autonomy system into international institutions.

Examining all these factors, the present report is an in-depth analysis of existing, successful territorial autonomies. Åland as the oldest autonomy in the world finds itself in the centre of this analysis. As such, it becomes the natural case study for research into the longevity and robustness of territorial autonomy systems. Felix Schulte has chosen to compare the Åland case with Bougainville in Papua New Guinea, Gaugazia in Moldova, and South Tyrol in Italy as well as the failed cases of Aceh in Indonesia and the Autonomous Region in Muslim Mindanao in the Philippines. Schulte’s results indicate that economic equality between state and autonomy constitutes the base for success, while integration in international institutions enhances the chances for the autonomy to endure. Somewhat unexpectedly, the democracy level of the central state plays less of a role, which gives hope also to autonomy aspirations in defective democracies.

The report can be downloaded in pdf here.

An information sheet on the report can be downloaded in pdf here.

Printed 10 euro + postage, orde from books(@)peace.ax
This report is available for free at www.peace.ax.