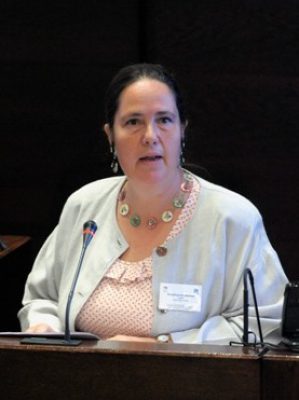 The Nobel Peace Prize for 2020 is awarded to the World Food Programme (WFP) for its efforts to combat hunger, for its contribution to bettering conditions for peace in conflict-affected areas and for acting as a driving force in efforts to prevent the use of hunger as a weapon for war and conflict.

2020 has been an exceptional year. We have become deeply aware of the vulnerability of peace and life. That is why the UN’s World Food Programme is an excellent Nobel Peace Prize winner for this year. Both in times of peace and in times of conflict, they work to promote food security and to prevent hunger crisis.

Tensions are increasing in many parts of the world today. Violence has escalated in conflicts and through the actions of authoritarian regimes and armed groups. Great powers choose to set aside the international rule of law. The freedom of speech is curtailed, and  facts are distorted by populist and nationalist language including in our own region. This is precisely why the Nobel Peace Prize winner of this year is more important than ever. The foregoing trends result in a distribution of world resources that is even more unequal and unjust than before. Studies have shown that democracy, freedom of speech and food security are all connected.

The Peace Price of 2020 reminds us that there are powerful and constructive forces that cooperate to create a world that is more just, sustainable and peaceful. The UN’s Food Programme is such a hero which, until this day, has been unknown to many. Even though the WFP has not been subject to much media attention and even though it does not take up much room in public discourse, it pursues a significant and forward-looking task with long-term impact in many areas.

The work of the WFP of the United Nations is based on international agreements and resolutions, such as the rules for protection of civilians in humanitarian law, that prohibit inter alia the use of starvation as a weapon of war. The previous Kastelholm Peace Talks, organized by the Åland Islands Peace Institute in March 2020, addressed links between peace and environmental issues. The consequence of degradation of the natural environment is hunger and large numbers of refugees. Conversely, hunger leads to desperation and contributes to the use of violence.

On the Åland Islands, a significant amount of people work in fact for food security: farmers who promote ecological farming, the many institutions of civil society, the publicly owned water company Ålands Vatten, public institutions as well as grocery shops and restaurants that combat food waste. We take our little part of the responsibility. The UN’s Food Programme takes a global responsibility and works in 88 countries, especially in the Southern hemisphere.

In my eyes, the Peace Prize of 2020 encompasses international rules, cooperation and justice. The idea that all humans are equal requires that we must actively create equal opportunities for life across the globe.