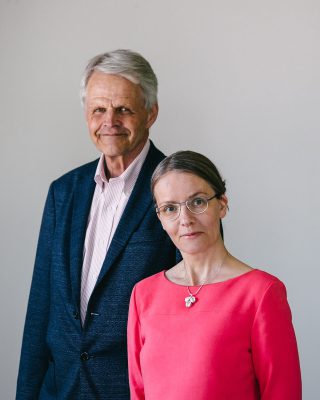 Three New Members of the Board

At the annual meeting of the Åland Islands Peace Institute Foundation on 9 April, a new Board of Directors was elected for the next mandate period. Three new members were elected:

Mr Marcus Koskinen-Hagman, is the Rector of Ålands lyceum, with vast interest in youth and societal issues. He defended his doctoral thesis in 1999 at the Center for Theology and Religious Studies at Lund University, with the dissertation “Latent Trait Models of Intrinsic, Extrinsic and Quest Religious Orientations”.

Ms Hanna Ojanen, is an Associate Professor in International Politics at the University of Helsinki. She has previously worked at the Institute of International Affairs in Helsinki as well as in Stockholm and has been Jean Monnet Professor at the University of Tampere. Ojanen has had several assignments as editor and editorial member of international journals on European issues, peace issues, political science and Nordic integration. She was a speaker at the Kastelholm Talks on Peace 2016 on Åland.

Mr Anders Lidén, is a former Ambassador and Senior Official at the Swedish Ministry for Foreign Affairs. Lidén has been Permanent Representative of Sweden to the United Nations in New York and Ambassador in, among others, Helsinki. He has studied history and political science and has, over the years, accumulated extensive knowledge of Middle East issues and experience from peace negotiations and the UN Security Council.

Chairman Roger Nordlund and members Katarina Fellman, Nina Fellman, Göran Lindholm and Lia Markelin were re-elected. Deputy Chairman Ulla Backlund and member Kenneth Gustavsson completed their term and were thanked for their important contributions to the Board. Member Christian Pleijel resigned at his own request during the term of office.

The Board of Directors is appointed every two years with a mandate period of two years, in accordance with the statutes.