Debate on the prevention of sexual violence, March 7

On March 7, 2011, just before the International Women’s Day, a debate was organized by the Åland Islands Peace Institute in the auditorium of the Åland Parliament at 6 p.m. The debate was about how to prevent sexual violence and it was organized in response to the current debate on rape and sexual crimes legislation on Åland. The Åland debate has centered on sexual crime laws, but not as much on society’s perception of sexual violence, the norms associated with gender, on gender equality and on how to prevent sexual violence.
During the debate on March 7th to the Åland Islands Peace Institute was offering a forum to “talk about it”, and follow up the debate on sexual crimes legislation and, above all, to broaden the debate in order to discuss sexual violence as a social phenomenon, as well as to discuss how sexual violence can be prevented.
For more information read the invitation and program.
In that sense Mia Hanström, gender consultant, who works as an educator in the Peace Institute’s project Challenging gender roles to prevent trafficking has launched a petition to change the Finnish legislation on sexual crimes. The petition will run until April 15.  You can read and write it here.

The Red Cross organizes a Course for Youth Delegates 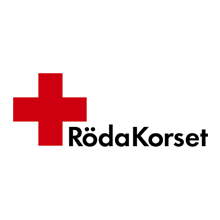 22-27 May the Red Cross is organizing a course for youth delegates in Heinola, Finland. The course will provide an overall picture of the Red Cross activities and skills to work as a youth delegate in various projects in the international associations. Participation is free of charge, the course is held in English. More information […]