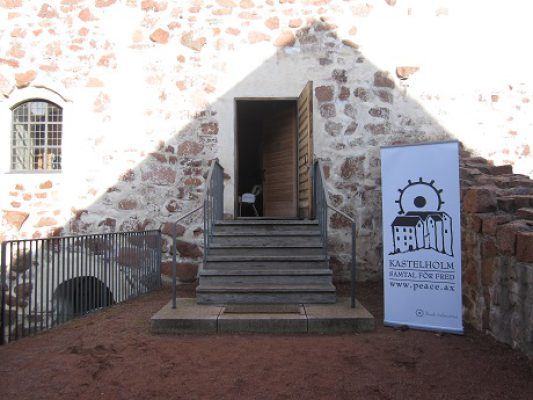 On 30 March 2016, the day of Åland’s demilitarisation, the Kastelholm talks were held for the second time at the Castle of Kastelholm on Åland. This year the topic of the discussion was ”A sustainable peace around the Baltic Sea – new times, new issues”. The Kastelholm talks are held under the patronage of former President of Finland, Tarja Halonen. This year, President Halonen discussed with a panel consisting of Pekka Haavisto, Member of the Parliament of Finland and the Foreign Minister’s Special Representative for Peace Mediation; Lena Ek, chairperson of the Forestry Group Södra and former minister for the environment in Sweden; Said Mahmoudi, professor of international law at Stockholm University and Hanna Ojanen, Jean Monnet professor at the University of Tampere. Associate professor Sia Spilipoulou Åkermark, Research Director at the Åland Islands Peace Institute, acted as the moderator of the event. The discussion was held before an invited audience.

Later in the day, a follow-up round table discussion was be held in nearby Restaurant Smakbyn. The panel and the audience from the castle as well as other interested parties participated. At the round table discussion, four commentaters held speeches which were subsequently discussed by the audience. The commentators were the Peace Institute’s two senior advisers, former MP Gunnar Jansson and peace researcher Pertti Joenniemi as well as by Professor Timo Koivurova and Petra Granholm, vice president of the environmental organization Ålands natur och miljö and also a member of the Åland Sustainability Council.

The round table discussion was moderated by the Peace Institute Director Kjell-Åke Nordquist.

The theme ”A sustainable peace around the Baltic Sea – new times, new issues” had been chosen in view of recent changes – both as significant events and long-term trends – in the Baltic region. These changes affect our societies in depth and need to be taken into consideration in order to sustain peace and security in the region.

Developments after the end of the Cold War, the accession to the EU, enhanced security and military cooperation, climate changes, new wars, and demographic changes have brought us new challenges, but also new opportunities. Which events, factors and areas are the most important to consider if we want to see a peaceful development and how should this be addressed? Can economic, demographic and/or environmental challenges invigorate solutions that contribute to peace and security in the Baltic region? How can we preserve and develop democracy in our neighbourhood?