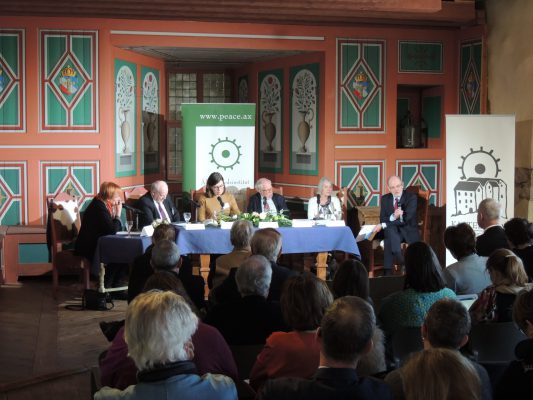 Kastelholm Talks 2018: Media, Power and Courage – Credibility and Trust in the Public Discourse

The topic of the Kastelholm talks 2018 “Media, power and courage – credibility and trust in the public discourse” focuses on two key changes to the prerequisites for public discussion: firstly the rapid and comprehensive leaks of classified information to the public through the intervention of individuals and secondly the denial of the importance of truth, relevance and credibility of persons that make public statements. The trust in media, that has been the media’s own historical goal, has been questioned by individuals with their “own access to facts” and who may spread (false) statements in a widely and fast way. This becomes a challenge for those societies that build their social model on informed democracy. The societies where power defines truth has on the other hand another starting point in this regard. Confidence is seen as a central explanation for why democratic countries in practice never go to war with each other. Theories of deterrence and balance of power are based on a fundamental consensus about the current situation, in short what is true or false. Premature or fake information can, in an already tense environment, increase the risk of war. 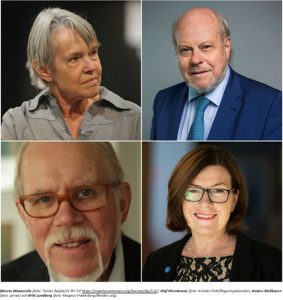 The Kastelholm talks began with a panel discussion in Kastelholm Castle, where the patron of the talks President Tarja Halonen discussed with a panel consisting of Merete Mazzarella, writer, essayist, journalist and professor of literary studies; Olof Ehrenkrona, Ambassador and Consul General of Sweden in the Åland Islands; Anders Mellbourn, Political Scientist, Journalist, former Editor-in-Chief of newspaper Dagens Nyheter, previous Director of The Swedish Institute of International Affairs and University Professor, and Britt Lundberg, Ålandic politician, President of the Nordic Council in 2017, former Speaker of the Åland Parliament, former minister and Deputy Head of the Åland government. The conversation was moderated by Professor Kjell-Åke Nordquist.

After a coffee break, the discussion continued with a round-table discussion at the nearby restaurant Smakby. The discussion was launched by three new speakers, Martha Hannus, Chairperson of Association Regnbågsfyren and Sustainability Officer at Emmaus Åland; Barbro Sundback, former Speaker of the Parliament of Åland and former Chairperson of the Board of the Peace Institute, now Honorary Chairperson, and Janne Wass, Editor-in-Chief of the magazine Ny Tid. The Director of the Peace Institute, Associate Professor Sia Spiliopoulou Åkermark moderated the discussion. The audience also participated, and the theme was therefore illuminated from many different perspectives.

The Kastelholms talks were filmed: The conversation was livestreamed in collaboration with Nipå and can be watched (in Swedish) here