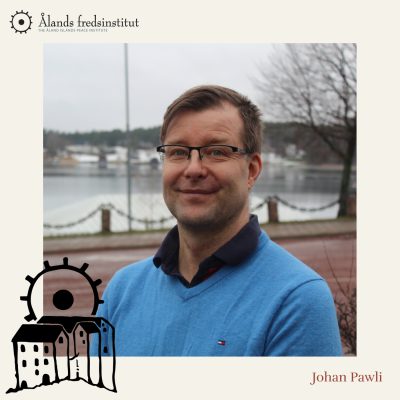 In episode 1 of the Peace Institute’s new podcast series Johan Pawli, current Chief of Police on the Åland Islands and former member of the UN peacekeeping forces, discusses with Professor Kjell-Åke Nordqvist about the theme of this year’s Kastelholm Talks: “Making Peace – Meetings, Mediators and Peace”.

The podcast begins with some opening discussions related to the international work that Pawli has done during his time at the UN Peacekeeping troops. One thing that Pawli emphasizes as important in all states, is the collaboration between different institutions and functions. The institutions must collaborate and support each other to be able to go forward and build peace and give the people hope for the future. The majority of conflicts today are internal ones, and the discussion brought up issues concerning the role of peacekeepers and police in internal conflicts. Pawli pointed out the importance to start change and building safety for the citizens, in order to develop the safety at large in the country and the society. He also entails what aspects and knowledge that has stuck with him from his missions in both Kosovo and the Middle East. In conclusion, some of the most important experiences were, according to Pawli, the friendships and the sense of community that you get through these missions, amongst with learning about new cultures that you would not experience if you were visiting as a tourist.

The subject of autonomies and the Åland Islands is also brought up and discussed. Pawli talks about how the citizens on Åland have had hundred years for the process of our society and the system we use, while many of the areas with internal conflicts are just beginning their work with this process. He also emphasizes the unique situation concerning the Åland Islands, and that this was one of the reasons he chose to move to Åland.

Another interesting subject that Pawli and Nordqvist touches upon in their conversations, is different types of conflict resolutions. Pawli has, as mentioned, experience in the military form of conflict resolutions, but he also sees the mediation as a very important part of solving conflicts as well as preventing them from even occurring. He also stresses that the democratic process and other civil changes takes much longer time than military actions, so when a problem occurs it is easier to turn to a solution from the military instead since they are more effective in the short term. Pawli also talks about how the military-civilian cooperation is an important cornerstone in building the societies, since the purpose of the troops being there is to calm down the situation in the area. In the training of the peacekeepers they also go through conflict management, often specialized to the area and culture that the peacekeepers are going to.

When it comes to Pawli’s work in the Police, he mentions that almost all work that the police do is connected to conflict management, as most of the cases they have are conflicts. According to Pawli the police on Åland has a great cooperative work with the Åland Islands Mediation Office and that in his personal opinion punishment and penalties should be seen as a last resort and mediation and other ways to help as a first resort. The police force on Åland is also doing several measures right now to increase the number of Ålandic citizens that attends the police training. The conversation ends in a discussion on the importance of Ålandic identity in the police force and how this favors the work of the police.

Listen to episode 1 of the podcast series (in Swedish) 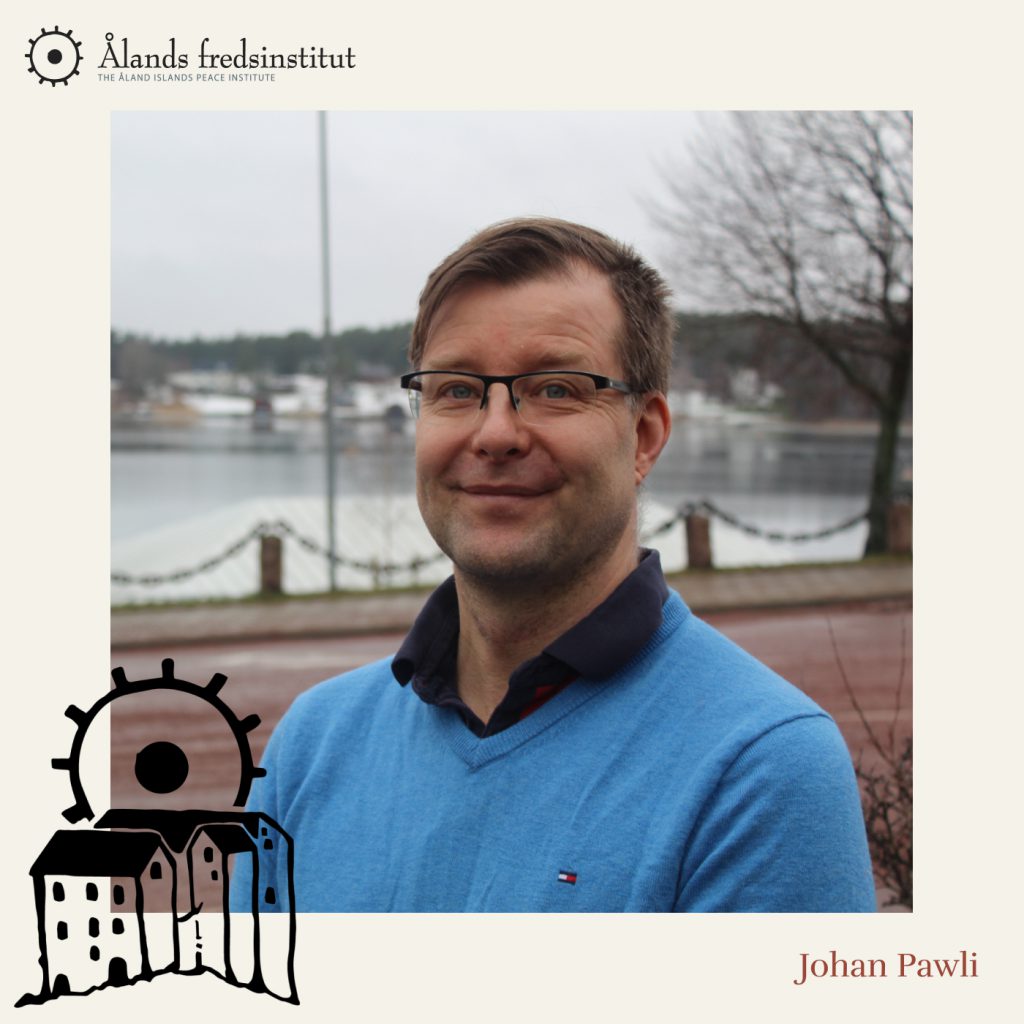 This podcast is presented in cooperation with The Government of Åland  and Åland100.