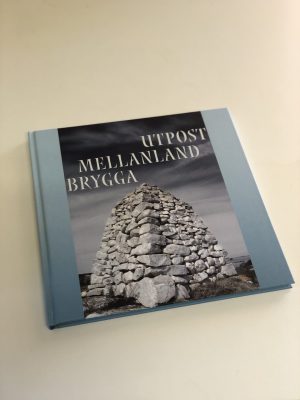 Outpost, land in between, bridge

The book is published with contributions from the Prime Minister’s Office and the Cultural Fund for Sweden and Finland.

The concepts of outpost, land in between and bridge form the basis for this book, which reflects Åland society from new and different perspectives. Based on the three concepts, the development of Åland’s identity and society since 1809. The interpreters are artists, researchers and writers, and the book is a hybrid where art and images are interspersed with essays and interviews with the artists.

The book builds on and deepens an exhibition of the same name that draws attention to the landmark years 1808-1809, which was shown at the Åland Museum of Art during the summer of 2009.

“Åland is like an outpost, like a land between, and at the same time a bridge between West and East, between the Swedish and the Finnish, between people and their multiple identities.

The position of the Åland Islands, in the middle of the Baltic Sea, is both one of strength and one of vulnerability.

This book is an interpretation by today´s artists and writers of development in identity and society in Åland since the end of the Finnish war in 1809.”